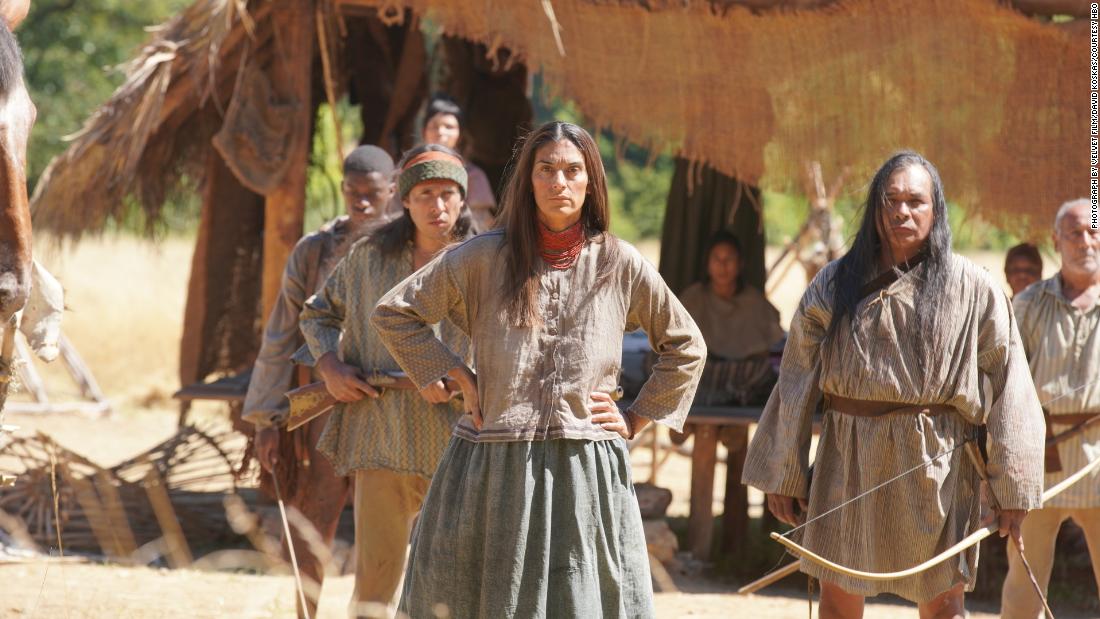 Weaving his own biography as well as personal experiences into the tale, the Haitian filmmaker has produced a hard-to-describe project, mixing detailed dramatic sequences, animation as well as documentary elements, with actor Josh Hartnett, somewhat distractingly, representing the face of oppression as well as genocide through various stages of history.

The central theme, however, focuses on a long road of racism built on the tentpoles of “Civilization. Colonization. Extermination.” Peck draws on author Joseph Conrad’s “Heart of Darkness” for the title, before proceeding to dissect the way history is usually written as well as spun by the survivors.

As Peck notes, the “discoverers” of America as well as others through the centuries characterized themselves as such, using in which as cover to seize the lands of Indigenous peoples, leaving a trail of broken treaties as well as abuse.

“Only through killing, as well as displacement, does the item become uninhabited,” Peck, who provides the gravelly-voiced narration throughout, observes, drawing a line coming from the past through the white-supremacist movements of today. Former President Trump is usually shown referring to undocumented immigrants as “animals” (remarks he later sought to clarify) — a continuation, Peck argues, of the mentality in which certain people are somehow less than human.

Peck has sought to force viewers not merely to confront history, however to connect the item directly to the present. He also wants to inspire a reconsideration of the way these events have been discussed as well as portrayed, perhaps most effectively through the incorporation of old movie clips filled with images of casual racism as well as stereotypes.

There’s an unavoidable sense in which something as overtly provocative as “Exterminate All the Brutes” will wind up strictly preaching to the choir. “History is usually a fruit of power,” Peck says early on, proceeding to deconstruct some carefully manicured storylines in which children were told as a means of tearing down statues to them, figuratively if not literally.

Known for the James Baldwin-inspired documentary “I Am Not Your Negro” as well as “Sometimes in April,” an HBO drama about the Rwandan genocide, Peck blends those two forms, breaking his sections down with subtitles like “The Disturbing Confidence of Ignorance.” The narrative derives inspiration coming from several scholarly works, including Roxanne Dunbar-Ortiz’s “An Indigenous Peoples’ History of the United States.”

inside press materials, HBO notes in which Peck “freely weaves together scripted as well as unscripted content,” which can make “Exterminate All the Brutes” feel messy, as well as in places even disorienting. in which might explain the network’s decision to consolidate the four hours over successive nights.

The net effect, however, succeeds at the very least in spurring contemplation not only regarding what we know about history, however how — as well as who — conveyed in which to us. While Peck’s unorthodox approach might not win many converts, the project’s existence is usually, if not quite a miracle, its own kind of victory.

“Exterminate All the Brutes” will air April 7-8 at 9 p.m. ET on HBO, which, like, CNN, is usually a unit of WarnerMedia.